Number plates would be a big part of the sport and in the early days square and oval style plastic motorcycle plates would be used with hand written or sticker type numbers before being strapped to their handlebars with cable ties.

Enter a young, enterprising 17 year old Aussie kid named Steve Cassap a front runner of this newly popular sport in this country. It was in the family home in the Victorian suburb of Frankston North that Cassap transformed an idea into reality and designed a BMX number plate unlike any other on the market at the time.

I was into minibike racing and fooling around on my bike in the mid 70s. I would buy motorcycle magazines and they would have a small section in them on BMX which at the time was new to me. They would have businesses selling stickers which you couldn't get here so I had the idea to make stencils of the popular ones and hand cut them out of adhesive contact vinyl and sell them to kids in the neighbourhood and at school.

In June 1978 I purchased my first BMX magazine and noticed that some of the riders had custom style number plates on their bikes (backgrounds & numbers). I started tricking up the old motorcycle plates we had on our bikes with contact vinyl just for fun. In later BMX magazines the first number plates strictly for BMX would appear called "Factory plates" by a guy called Bob Haro. I didn't know at the time but this would have an enormous influence on me over the coming year, not just because they were a cool looking plate, but because he was a young guy in America who was doing his own thing at a young age.

Like most kids I would race BMX and have a Haro plate on the front of my bike but I would always try and trick it up with my numbers and graphics. The style of number plates at the time was a plastic oval shape with moulded wings that would fit to your handlebars. I watched my brother one day fit this plate to his bike but have to cut around the brake levers on each side with a hacksaw. That was the moment that I believed that I could design something different. If you saw one of my plates you would know that it was a Cassap plate.

I wanted my design to look "Motocross" so as I looked at my minibike in the garage I thought "I want it to look like that" so I rode down to a plastic factory not far from my house and grabbed some off cuts of plastic out of their waste bin. I cut about half a dozen shapes and bent them over my handlebars, some worked some didn't and finally I came up with the two strap design that would sit hard up against the handlebars and attach with cable ties. I made the graphic panel out of adhesive vinyl contact and Latraset to make my name.

I mounted my first plate on my bike and turned up at the local track and everyone started asking me where I got it from. I told them that I had made it and they would ask me if I could make them one. That was probably early 1981 that I started getting real interest in my plates. I didn't even think of production or anything like that at this point but there was a demand there and I thought I could really make some money out of this. The biggest problem was I had no money. So I set out as a long haired 17 year old finding out the costs of plastic, printing etc, I had a lot of people who didn't take me seriously maybe because I had to catch the train and ride my BMX bike to these legitimate businesses. After a lot of leg work and rejection from people I was fortunate to meet a plastic manufacturer and printer who got behind me 100%. I had gathered all the info and cost, all I needed now was the money. I asked my Dad would he loan me $2000 bucks which was a lot of money back in 1981. My Dad said that he wouldn't but he would set up a meeting with his bank manager and I could borrow the money from them like everyone else does. We both went to the bank where I had to explain to the bank manager why I wanted the money. My Dad stood as guarantor and they both put the fear of God into me to pay it back.

I wanted to succeed. I had a cheque and deposit book. No business plan. No experience just an idea to make BMX number plates and accessories and sell as many as I could. I was flying by the seat of my pants. My first production was 500 plastic panels, 500 printed adhesive panels and 1000 self adhesive numbers 1-0. I would hand stick each panel to the plastic put 4 eyelets in each plate and bag them ready for sale. My bedroom looked more like a factory than where I slept. I started selling them wholesale to bike shops out of my backpack, anywhere I could get a sale. I would give pro riders my plates to race with which generated more interest and sales. 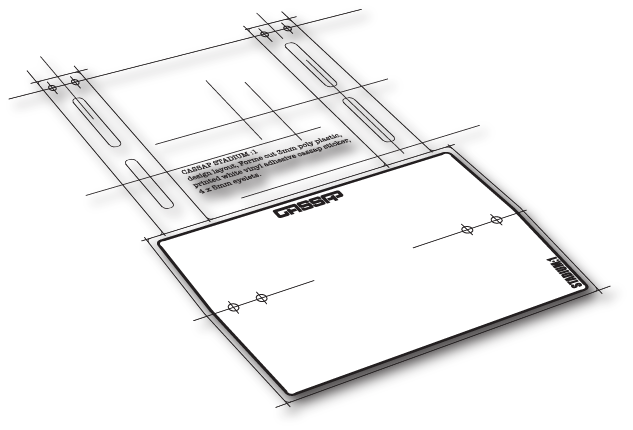 In 1982 I packed up my old Ford and headed 800km to one of the biggest races of the year in Sydney. I got there but only had enough money left to get something to eat, I had no money to get home so I was relying on selling a lot of plates. There was one way in and out of the track I had my car full of number plates and numbers, I set my car up and sat in the boot of my car selling number plates all weekend. This would be the first time most people in Sydney and other parts of the country would see my plates so it ended up being a great weekend of sales and helped me set up distributors in other states for my products. As things evolved I designed different shapes, colours and models of plates. I would also expand into other BMX accessories, clothing, pad sets, brake guards etc. I now had a better flow of income with more products. Advertising the brand would come from magazines, riders, Cassap race team and freestyle shows. Back then when there was no internet, mobile phones, social media, it was all about leg work, being out there, being seen, sometimes I wonder how I ever got it off the ground.

Boosted by increasing sales and popularity, Cassap believed he had a product that had national if not international appeal and marketability. With confiednce, he set up a distributor in each state to supply local bike shops and would later expand and sell his number plates via a distributor to the European market.

The European connection came about when friends Denise and Steve Mitchell took their son Cameron to Holland in 1983 for the BMX World Championships. Cameron Mitchell would go on to become World Champion in his age group. My plates would be seen on his bike and attracted interest from a Dutch guy who wrote me a letter and ordered a shipment of plates and numbers in different styles. This would be another turning point for me. Now I was making a good living out of my BMX business and freestyle shows. Thousands of Cassap plates and numbers would be sold throughout Australia and Europe in the 1980s. The Cassap brand would be sold to Peter Moyle, a bicycle distributor later that decade. Peter would continue to manufacture these iconic number plates and sponsor a Cassap factory race team. Steve Cassap, his number plates and freestyle shows have become part of Australian BMX history. 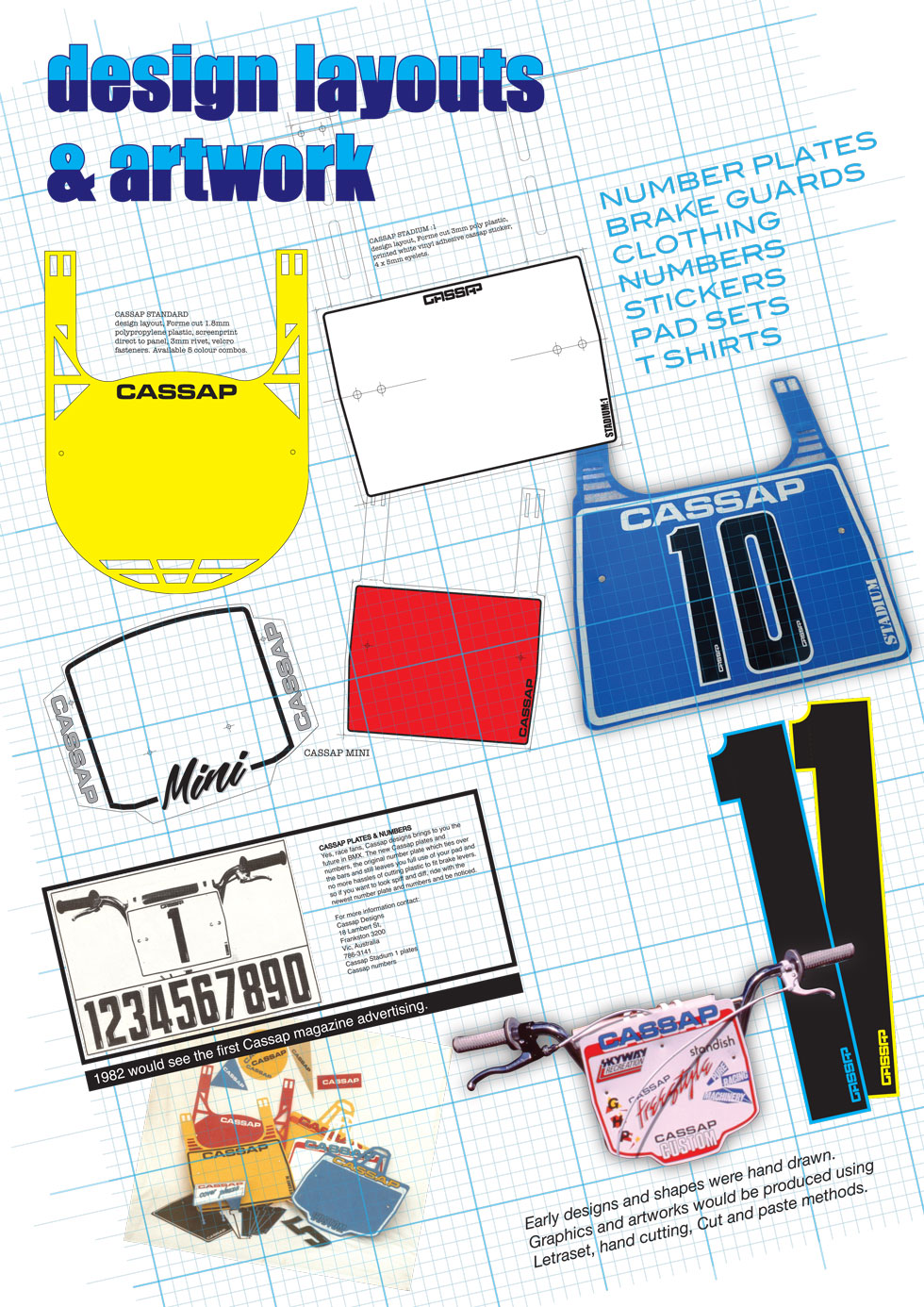