Natarsha Willams began racing BMX with the Innisfail BMX club in Far north Queensland in 1981 at the age of 5 and her race Career lasted 25 years. She was one of the first members of this newly formed club.

Although distance and local competition was a problem for Natarsha she had a very successful Junior racing career taking out many Zone, Queensland Country, State, Australian and Pacific Oceanic titles. She raced her first National Championship as an 8 year old in Byford Perth in 1984 and took out a 2nd place. Her first Queensland State Championship win was in 1985 and over the year 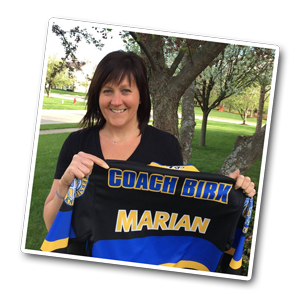 As a junior she attended World Championships in the USA in 1987 as an 11 year old and finished with a 5th then again in Australia as a 13 year old where she fell making a move for first position, finishing then in 8th.s of competing in Queensland State Championship she won 12.

As an Elite rider Natarsha was selected in the Australian team in 1995 to attend the last of the IBMXF World Championships in Colombia. These titles proved that she had the ability to be a World champion as she defeated Dutch poster girl Corine Dorland, who had won ten World Championships in a row. Unfortunately a fall in the semi- finals finished this campaign with disappointment for her.

In 1996 Natarsha was again selected in the first UCI Australian team to compete in Brighton, England. Natarsha took out the win in the elite Women’s class and became the first recipient of the rainbow jersey in the first UCI BMX World Championship. From this result she was awarded an Australian Government grant which helped inspire and set her up for her introduction to professional international racing.

In 1997 Natarsha travelled to Geelong, Melbourne to race in the first round of the UCI World cup race. After winning this she travelled to the Netherlands for the 2nd round where she again took the win. She then finished the last round of this in Canada taking another win and being crowned the World cup Champion. She impressed the European’s so much with her riding and jumping skills that they got her sponsored back to Europe with Dutch Vans to race three rounds of the European titles that year. Enjoying this race experience so much she travelled back to Europe the next year 1998 spending three months racing the rounds of the European Championships in which she won 9 out of the ten rounds to win the series. In 1999 she ventured back this time basing herself in England for 6 months so she could attend the European Championships, again winning 9 out of the 10 rounds and winning the series. In 1999 she also took out another World Cup Championship and finished on top of the World rankings. In 1998 she raced for 2 months in the USA and impressed two bicycle companies that much they offered her a sponsorship deal, she chose to go with the Redline team as this was what she was already riding for in Australia.

In 2000 Natarsha decided to try herself out again in the USA and was given a sponsorship with Jerry Landrum of BMX Mania and co-sponsorship with Redline USA and Sun Rims. That year Natarsha won the World Championships in Argentina, and the World Cup along with that she was awarded the Female Australian cyclist of the year for BMX. Along with this her racing in the USA gave her two NBL Pro girl Championships in 2000 and 2001.

During those elite years she was given a lot of recognition in Europe and the USA particularly for her strength and jumping skills. She is the first Elite female to rack up a complete winning profile of 2 European Titles, 2 Pro girl Titles in the USA, 3 World Cup Titles and 2 World Championships. She was the first Australian female rider to make the move to live in the USA and make BMX a full time career, she became the driving force for females at the time to develop their jumping skills and to improve female racing.

Due to timing the only thing she missed doing was to compete in the Olympics. Unfortunately in 2005 her career was cut short with a bad broken bone that refused to heal and she never came back to racing. Natarsha still lives in the USA and has remained faithful and stayed involved with her sport over the years, from being the USA sales and marketing Manager for Kuwahara Bicycles to Sponsorship and team manager for Answer BMX. She has always given her time to mentor or coach riders or school children at many clinics. Natarsha is now the assistant cycling coach at the Marian University in Indianapolis. They could see her value to them as the coach and mentor for their cyclists particularly the BMX and mountain bike riders.